The history of massage

The history of massage begins with the presence of the first organized societies.
Its benefits from ancient cultures are already well known.
The word massage comes from the French word massage, which means "friction massage". Many ancient languages ​​have similar words, such as in Arabic the word "massa", which means "touch, handle", while in Latin the same word is translated as "yeast, mass". In Greek the word massage means rubbing, where the etymology of the word comes from the verb "masseen", that is, kneading.

The most appropriate translation for the word massage in Greek is the word crease.

Mastication is the oldest and most commonly used pain relief device. It is not a human invention, but it was born as a natural cure from the earliest animal beings. Touch and scratch on painful areas of the body are used by both humans and animals.

The use of herbs, movement and herbs was the only cure in the years when man was still in a primordial state. Wrestling in its various forms has been used as a method of relieving pain throughout history. Therapeutic massage has been described as an art, but also as a science.

The earliest literary references to the use of molasses come from Babylon, China, India and later from Greece and Rome. Texts, sculptures and paintings describe methods of kneading in different cultures. Philosophy, technique, practice and goals have evolved through history and continue to evolve until now.

In ancient Greece, where sports and medicine were at their peak, massage was an essential element in the care of athletes. The Greeks recognized the scourge as a science because they believed it was easier for humans to be protected from a disease than to be cured. The Greek doctors recognized the therapeutic benefits of the massage and introduced it in their treatment.

Latest posts in our blog

Wishes for the Christmas

"Another year is slowly coming to an end as the days come when we will meet our loved ones at festive moments of joy and love. 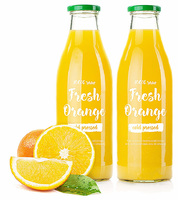 Fresh fruits and vegetables in January in Greece

Some more foods to help you 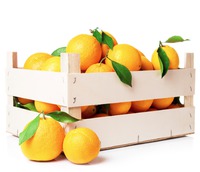 6 fruits that will help you detoxify after the holidays

We will continue this week's post-holiday detox guidelines, focusing on fruits.
Many fruits have been heard about in the process of a diet. There are also diets that exclude them (protein), allegedly containing a lot of natural sugar, others that ban some such as banana due to increased calories and glycemic index, as well as fruit detoxification...